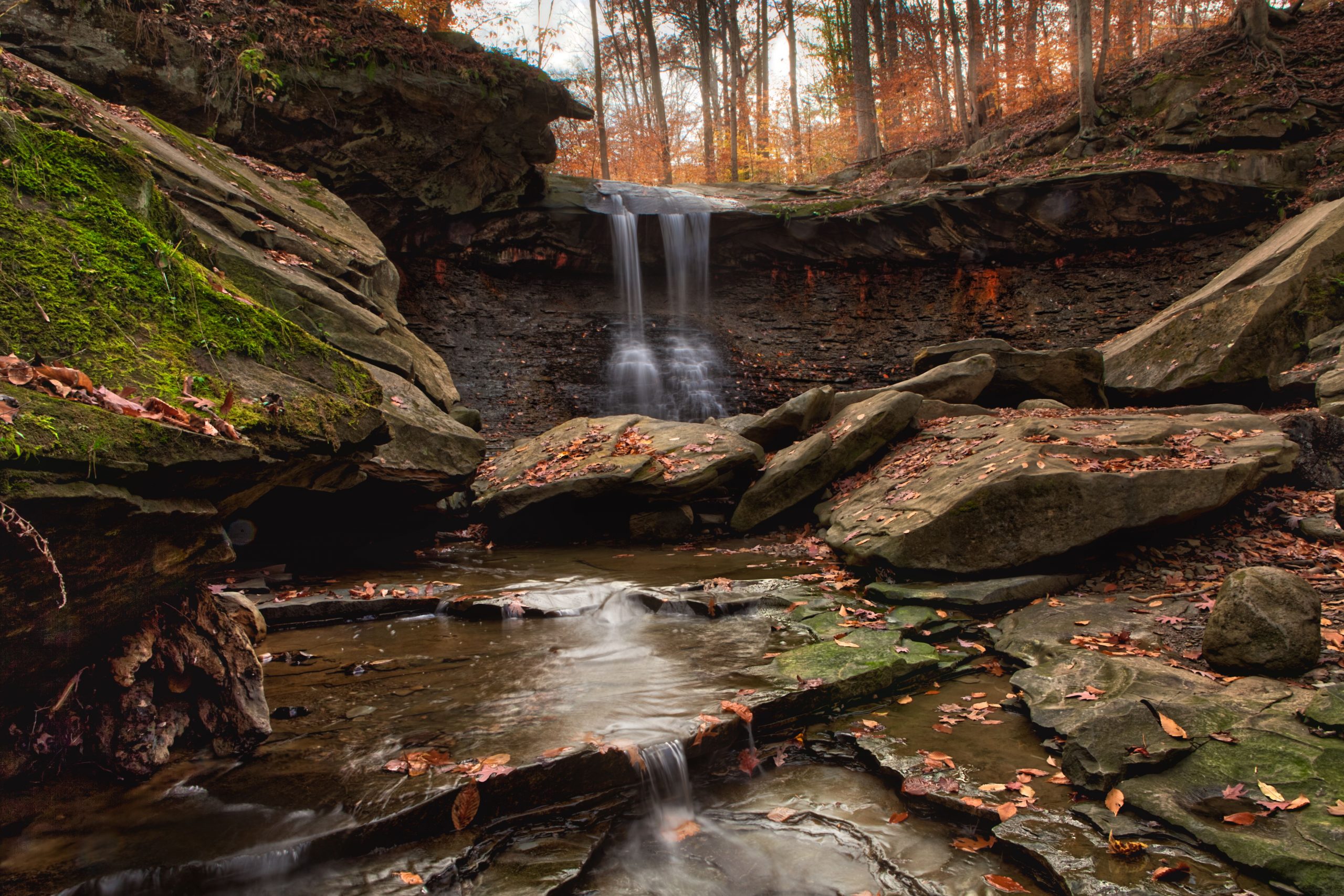 Photography used to be inhabited by some stodgy old fuddy duds...

You know the kind, the photographer with a stogie hangin’ from their mouths, toiling over whatever it is they are toiling over. Old curmudgeons, believing themselves to be keepers of some crazy old mystical art form. I know you’ve seen a few of these types – I know of at least a few within my own town who still fit this stereotype.

The thing is, I don’t get why photographers, even of an older ilk, aren’t more flexible when it comes to new developments in technology. I am not even talking about the 20-something, “Film is wayyyyyy better than digital”, crowd – I’ll save my thoughts on that subject for later – but rather I am talking about the folks who truly believe that advancements in tech pose a great threat to the tried-and-true ways of their method.

For me, tech has always been something to revered. Sure, it’s dangerous to get into a game of keeping-up-with-the-Jones, and it’s also easy to fall into common pitfalls such as, “Oh, if I buy this brand new, more expensive, camera my photos will instantly look better!” But if you are careful, and pace yourself, you can find some truly amazing pieces of hardware and software that can really elevate your photo-game.

One such piece of software is AuroraHDR 2018 by Skylum software. Not in the mood to read a long review? My one sentence synopsis for this software would be as follows; An HDR capable version of Lightroom without any of the catalog features.

Actually, I could probably just end this review there – that’s just how accurate I feel that statement is. Of course there are some finer nuances between to two programs, but just boot up Aurora and you can see that it borrows heavily from Lightroom’s Develop module. 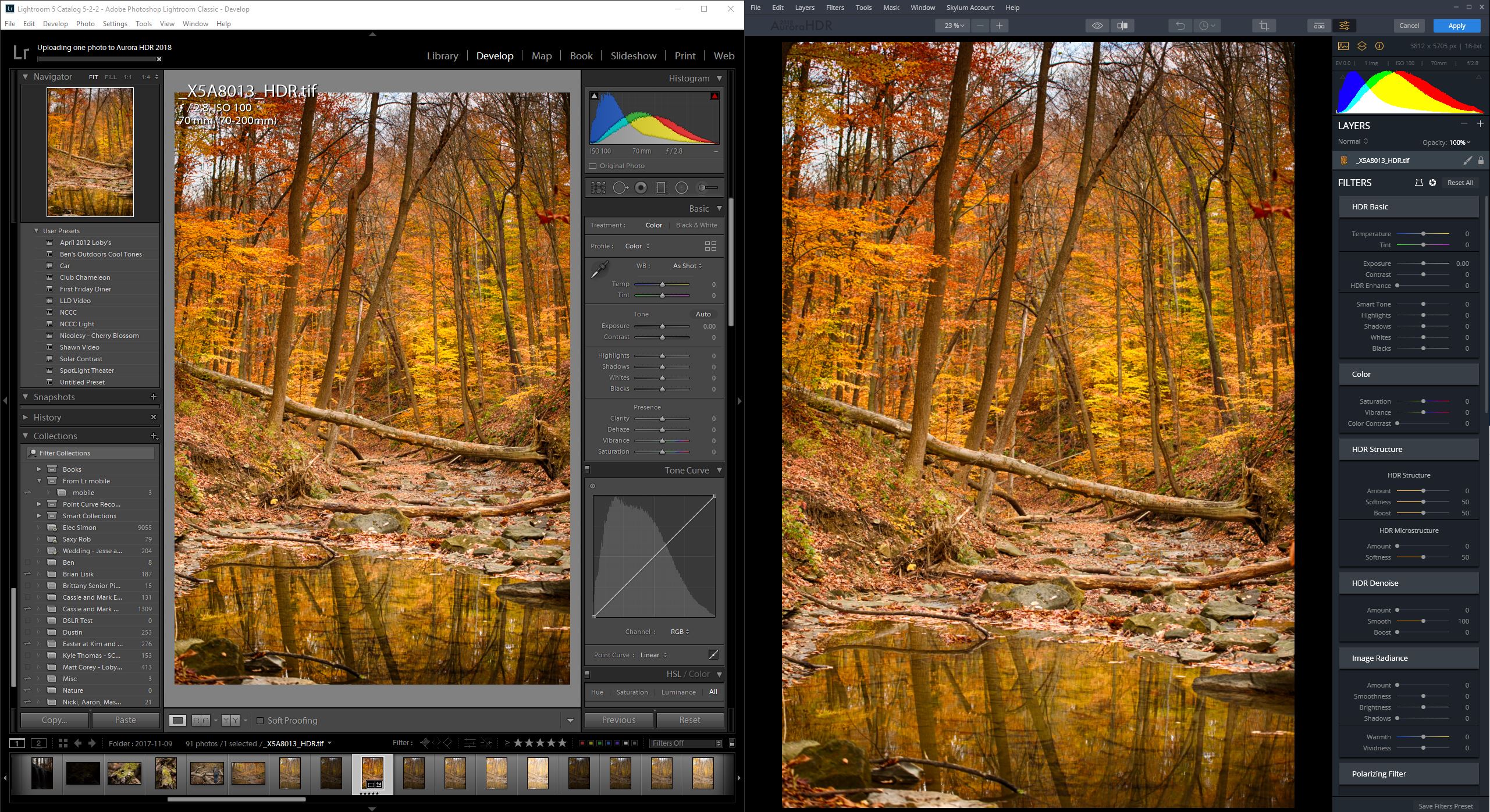 Here you can see just how similar the two programs are. Well, it makes sense when you think about it. Lightroom didn’t invent the whole slider/adjust based interface, it just made it ubiquitous. Aurora is simply capitalizing on a design and layout we’re familiar with, and I am ok with that. So then, is Aurora a Lightroom clone under the hood as well? Definitely not. First off, it’s not replacing Lightroom for organizing your photos. AuroraHDR does none of that. In fact, the work flow for just opening and saving an image when using Aurora as a stand alone program is a little archaic. Luckily, Aurora integrates with Lightroom. So, instead, what you’ll be doing is opening the file in Lightroom, as always, and then exporting the file (or files – this is an HDR program after all) into Aurora. Once you are done merging and making adjustments you then can press the “apply” button, which actually saves this new file back into the Lightroom catalog – similar to how it works when you export a photo to edit in Photoshop and save it.

So, then, again… the question is, why buy? Well, it’s cheap – like 99 bucks. And for that barely sub-100 price tag you actually get some amazing tools within Aurora. First off, I should mention that I am not a big HDR shooter, (which seems weird for this review, but it’s cool, trust me), so I don’t spend a lot of time with bracketed images. But the few occasions where I have taken the time to take HDR photos I have found it hard to get reliable results from the programs I’ve used previously. Photoshop and Lightroom’s built in HDR plug-ins are, well, laughable. And the other big programs, like Photomatix, feel like they were designed by the same engineers that programmed them. Aurora feels so much like Lightroom’s develop module, however, that it’s intuitive to get in there and make some easy, but very in-depth, changes with barely a nudge of the slider. And subtlety is important here – as a friend once pointed out, there’s a fine line in HDR between amazing and clown-vomit. Aurora’s sliders work wonders even when you’re only pushing it at 5 ticks out of 100. If you’re feeling brave and start pushing those sliders further you’ll be happy to know the potential is still there to make some cataract inducing contrast explosions.

Before I get too long winded, my point here is this: 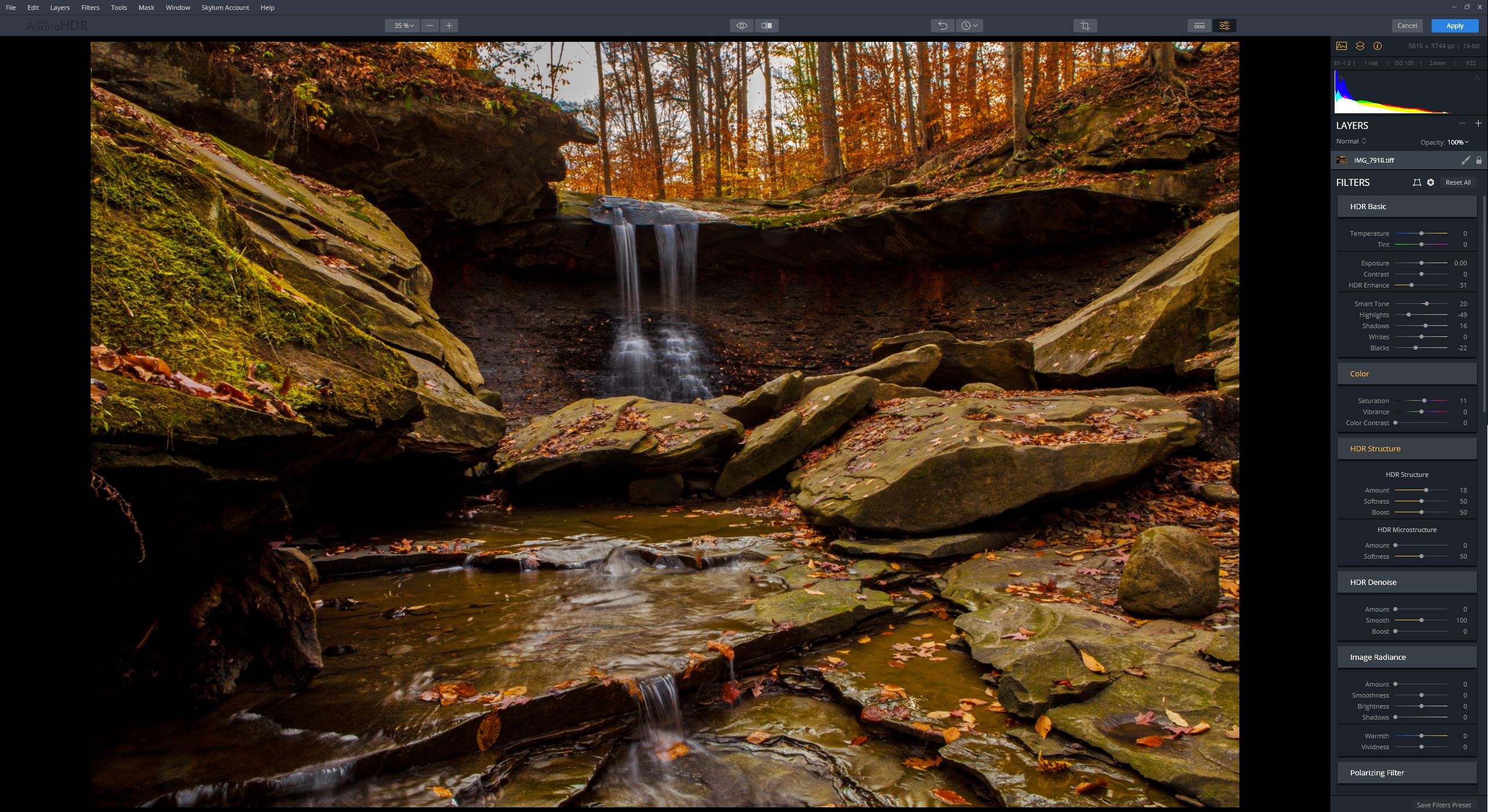 HDR – edited inside of a familiar interface

What if you’re like me and you’re focus isn’t HDR photography? Well, as it turns out, Aurora has some great uses there as well. The most obvious reason may not actually be the most obvious. HDR programs are built to pull details out of shadows and highlights. AuroraHDR isn’t a miracle worker, it can’t pull clouds out of a sky that’s been over exposed beyond redemption, but it can tease out details from shadows and highlights in a more reliable manner than Lightroom can. For whatever reason, Aurora’s shadow and highlight compression algorithms seem to work really well for me. Maybe it’s the way I shoot, or whatever, but I get great results from it. 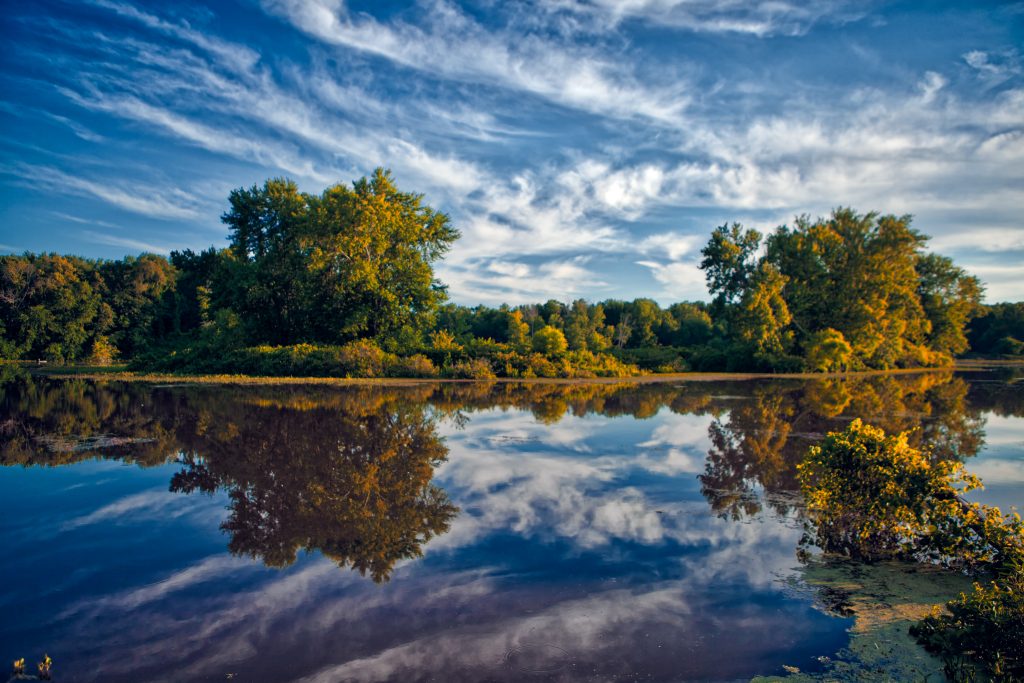 There has even been a few cases where I’ve gone back and re-developed older photos previously output with Lightroom. It’s hard for me to explain it, but I like to think of my photos in terms of stories and moods, and it’s almost like Lightroom and Aurora each have their own moods which they perform more optimally. Maybe it’s because of it’s nature as an HDR editing tool, but I find that Aurora is very good at helping me get the mood I am looking for in photos that were shot at sunset, or indoors in darker-than-normal conditions.

When I edit my photos, I am very much an entire tool kinda guy. I use sliders (all of the sliders), curves, buttons, masks, gradients – everything, and Aurora let’s me explore my inner slider-pusher while yielding great results. It also renders these results fast, although there are times where you feel like the image looks awfully pixelated, only to find out that you aren’t just seeing things, and that the render has, in fact, decided to blockify your view. This is easy to fix, as scrolling in and out will refresh the image, but it’s still a weird occurrence which reminds you that you are using a 2nd tier piece of software.

With that being said, I can promise you that I will be upgrading Aurora for the foreseeable future as I can’t imagine not having it in my arsenal of tools. Actually, I’ve rather fallen in love with this program and can’t wait to see what sort of new innovations may be in store for us! 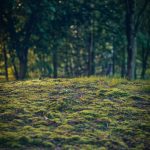 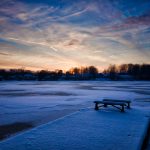 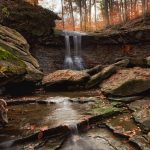 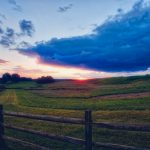 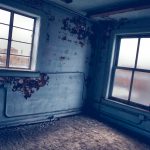 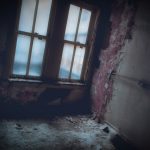 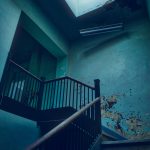 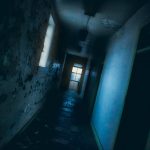 Benjamin Lehman is a commercial photographer in the Canton, Cleveland, Northeast Ohio area.