Polar Bear Jump in Akron, Ohio. Photography in a Blizzard. 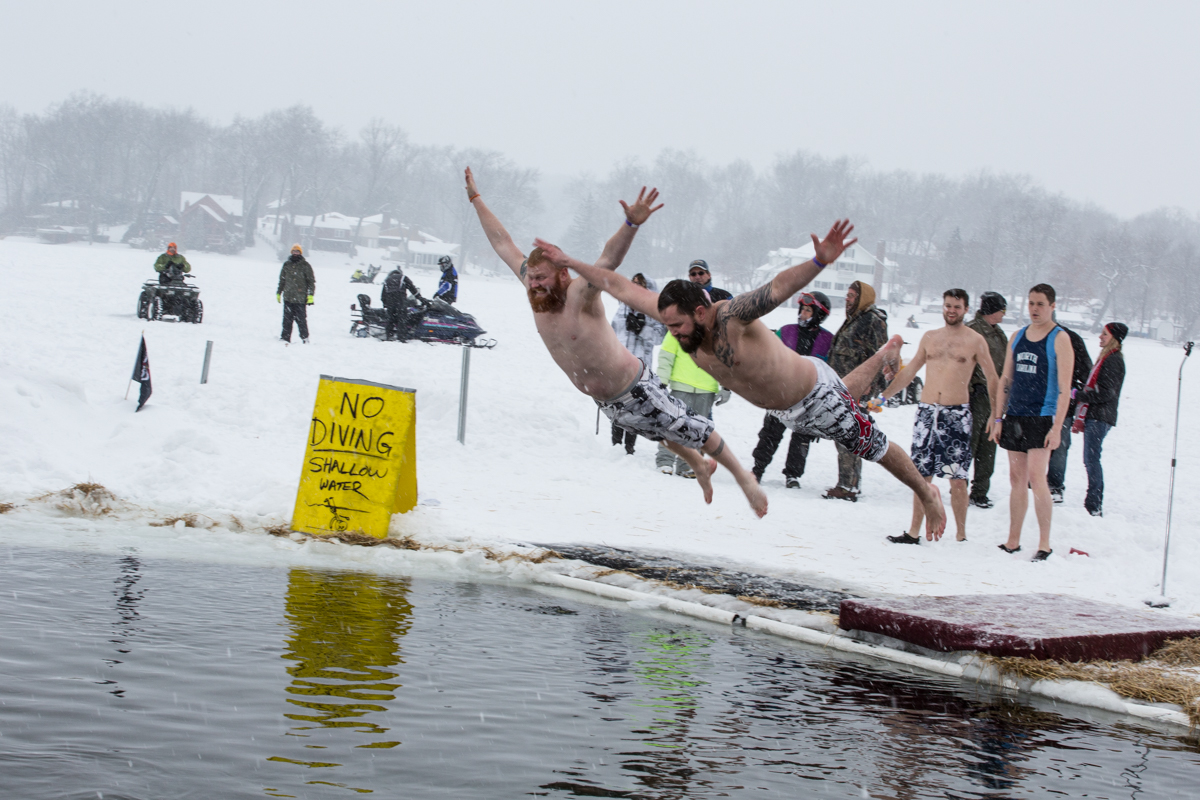 The weather forecast was calling for 3-6 inches of snow, the temp hovering around 33 degrees. If you’ve ever lived on the east coast, then you know it can snow even when the temp is above freezing and this can cause you a few problems.

How to Survive Bad Weather as a Photographer

Whether it’s 36 degrees Fahrenheit , or -10 below, the problems dealing with the cold are pretty much the same; staying warm is your first-most priority. The second priority is staying dry if possible. Anything below 20 degrees and this is relatively easy. The colder the air temperature, the less likelihood the snow will melt upon landing on you and your equipment.

But when temperatures get above 20, especially above 32 degrees, snow can melt on contact and ultimately effect your clothes and equipment in the same way as if you were standing in a rain storm. For the event, we would be standing on the ice, over a frozen lake, right in the middle of the action and subsequently, the weather. I took this into account and set up several shoot-through umbrellas attached to light stands to act as actual umbrellas, keeping the snow off of my speedlites and giving me a dry place to stand. When I had to change location to get a better vantage point for a photo, I would take my photo and then retreat under the umbrella and dab-dry my camera with a soft towel. This meant my camera gear was never in any real danger from water damage.

Another issue with shooting in a blizzard is visibility. I had brought my speedlites so I could stop the action in midair, just as these poor folks were about to take the plunge, as well as to help equalize the exposure between the subject and the near-pure white background. Problem is, when the snow is coming down heavily and you shoot with a flash, all you’ll see is the reflected light bouncing off the snow in the air, ultimately overexposing your photo. Because of this I had to work in two modes. One mode was in shutter priority with no flash. I never use shutter priority, like never ever. But here, where I need around 1/600 of a second to get a crisp action shot, using Shutter Priority was the best bet. For this scenario I also had my ISO bumped up to 800 and my aperture around f/11 (+/- a few stops depending on the changing light).

When the snow would let up a little, I would turn back to using my speedlites. I was using multiple speedlites to help spread the load so as not to overtax the batteries.  The lights were TTL, unmodified, zoomed out to their max. When using the lights my camera was set at 1/200 of a second, around f/8 and an ISO of 100. 1/200 of a second works here because the flash is stopping the action, rather than raw shutter speed. You could also have used Highspeed Sync in this case, but the burden on your flashes would mean long recycle times and possible missed photo opportunities due to that recycle time.

The was coming down so thick at times it was hard to even stop and look at my LCD screen to see how we were doing with the photos. The snow and water made everything on the back of the LCD blurry and I just had to trust in my own knowledge and the TTL system.

I was very happy to see that the 5D Mark III’s auto focus system handled the heavy snow amazingly well. There were a few hiccups where it would focus on  an area of falling snow, rather than the intended subject, but for the most part it cut through the white stuff and found the target nearly all of the time.

We spent 4 hours on the ice, in the driving snow, in the freezing cold and, to be honest, I started to envy the jumpers who only had to spend 10 seconds in the 33 degree water before being whisked off to a heated tent. But the experience was fantastic. I actually like being in the snow, and there, in the middle of this expansive frozen lake, I found the setting very beautiful.

It should be mentioned that it was because of my great friends at the Akron-Canton Regional Food Bank that I got the opportunity to come and take photos of this thrilling (chilling?) event. I strongly ask you to support ACRBD and other Food Banks by donating food, time, and money. It’s a great cause! 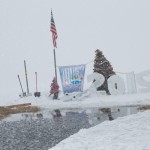 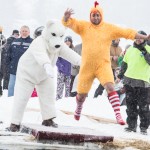 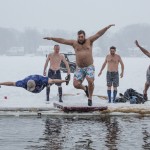 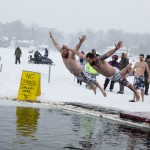 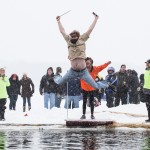 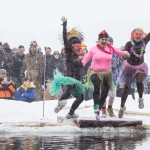 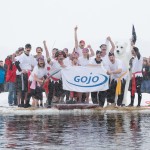 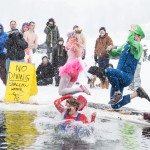 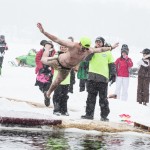 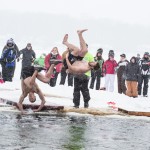 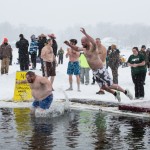