I shoot a lot in front of live audiences, sometimes sizable ones. The places where I do this, let’s face it, are hardly inspirational. They tend to be gray, or beige, or black. The walls are blank. They recede by design. Hence, onstage, when I look out at this bland space, I will, at least occasionally, think of taking a ride into the valley of the gels, as friend and peerless shooter Greg Heisler used to describe it. In these blank rooms, color is often the first refuge I seek. 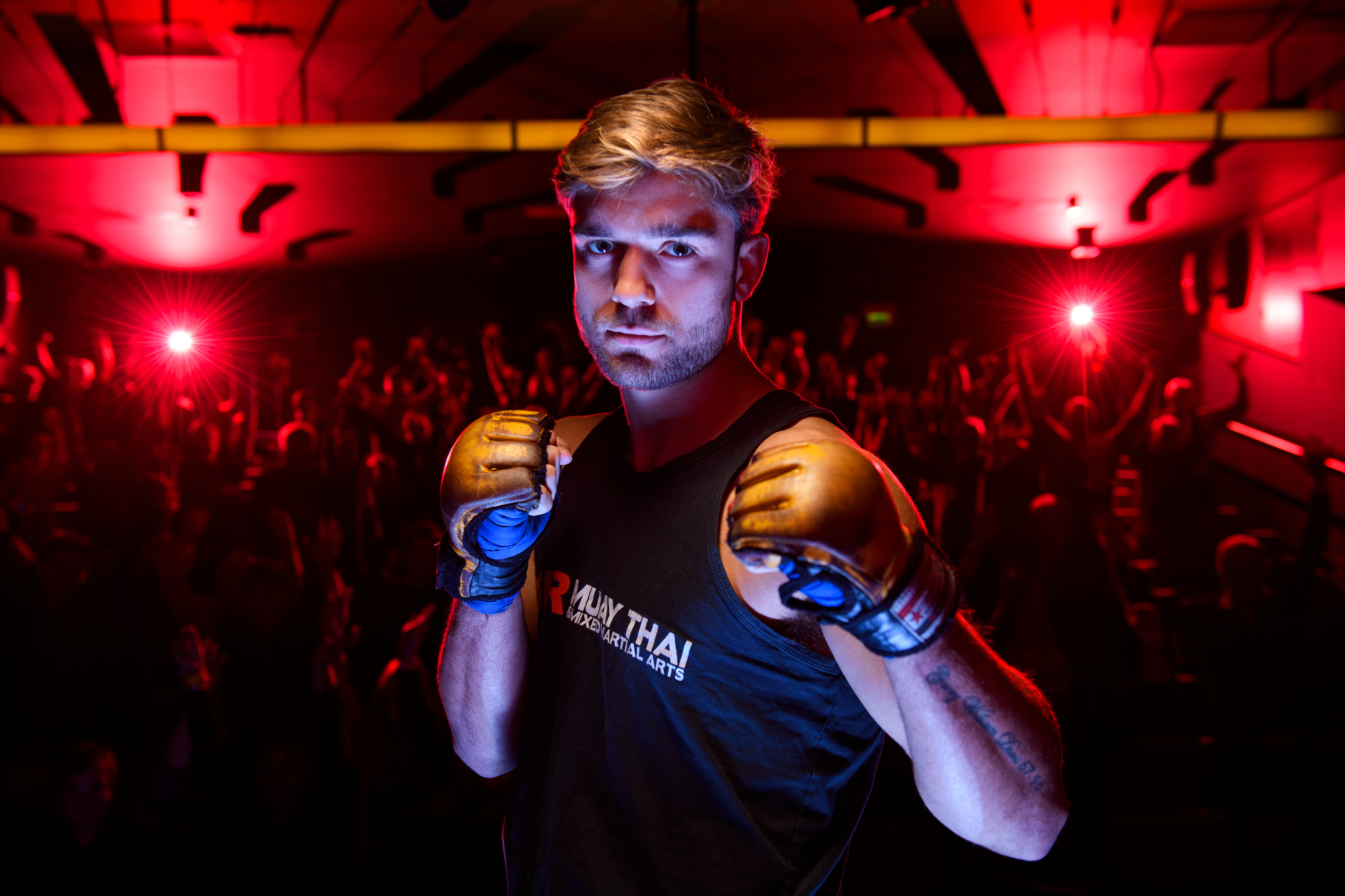 It was such a day last week in London, at a lighting seminar created and staged by Nikon School UK and Neil Freeman, a talented shooter who runs the wonderful educational programs with a great team in the UK for Nikon. We had help from the stalwart crew at Lastolite by Manfrotto who stepped up and brought tons of kit to play with.

I had MMA fighter Alfie Davis, who’s on a winning streak, and competing next in Dubai. He’s a great physical presence, so a rim-light type of an approach worked. Put red gels on two SB-5000 units in the back of the room, controlling them with radio and winging them right at Alfie. The overhead light is the Speedlight 2 softbox, with a grid, but it really just lights him a little and gives that highlight in his hair. The main deal is a blue gelled flash I have banging into a silver tri-grip reflector that he is actually standing on. The whole thing was an impromptu wing and a prayer in terms of a lighting solution, and our enthusiastic crowd helped out by standing and cheering Alfie in the background. Nothing like a little audience participation!

It was a very different approach for Alfie out on the street. One Speedlight through an Ezybox hotshoe soft box, and done. Less glitz, more character. 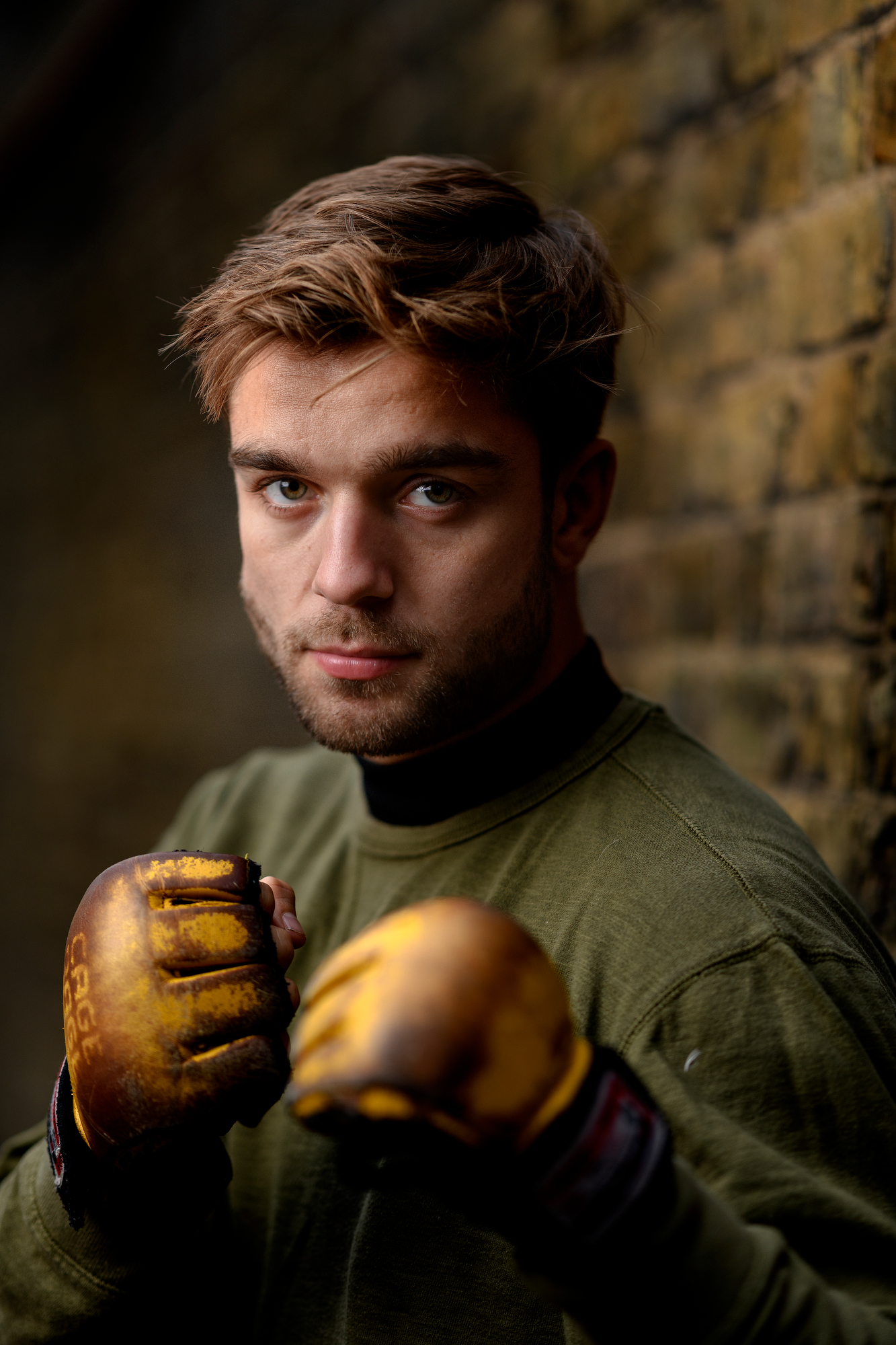