When I moved from San Francisco to Canton the challenge was made to find things, people and events to put in front of my lens. San Francisco is a feast for your camera. In most areas of the city, every direction holds a great picture waiting to be captured. Canton, and Northeast Ohio is a different type of beast. There are pictures to be found here too, you just have to seek them out, rather than having them come to you. San Fran taught me to love photography, but North East Ohio has taught me how to be a better photographer. 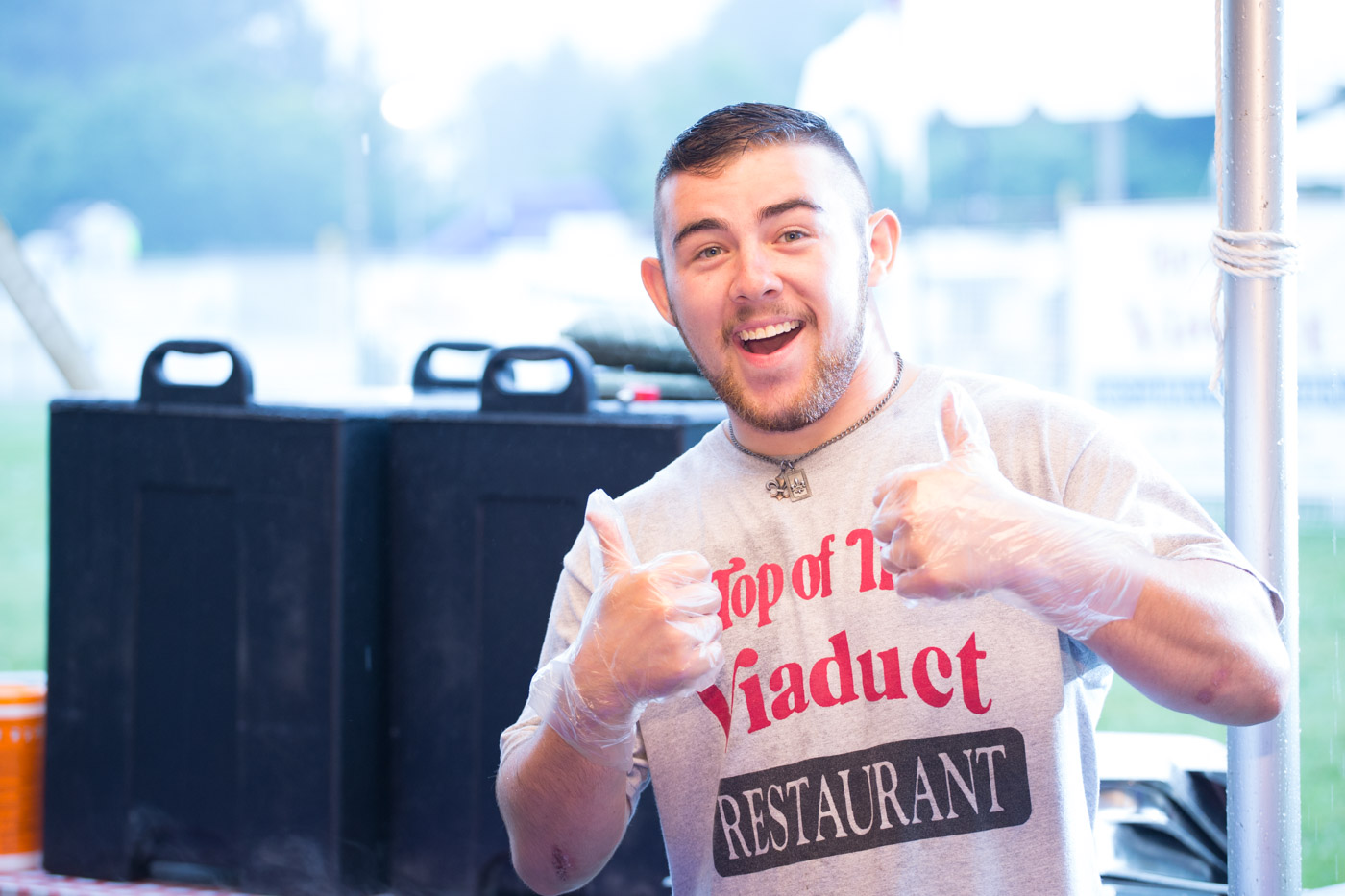 Smiing faces abound at the Jackson-Belden, Hall of Fame festivities.

One of these photographic searches lead me to the Foodfest, Balloon Lift Off, and Hall of Fame fireworks that’s held every year at Kent State University’s Stark county campus. It’s the perfect event for photographers. It has a slight carnival feeling to it. Food vendors line the streets and field. People from all walks of life mill around the attractions. There are VIP venues that hold smiling faces and wonderfully prepared food. As evening starts to creep in, one of the large fields there becomes home to hundreds of trucks hauling their cargo — hot air balloons.

The Balloon Lift Off is the highlight of the weekend’s festivities with balloons from all over the nation converging to celebrate the kick off of the Pro Football Hall of Fame’s larger enshrinement celebrations. In the 5 years I’ve lived here I’ve never caught an actual lift off – the weather has always been to windy or wet for safe balloon flying. With the weather this year being a little windy and very cloudy I feared I’d have to wait another year for a chance to actually see these things soar. So I was rather caught off guard, left scrambling back to the car for my tripod, when I noticed a balloon lofting over a hill – ack! Time to move!

Flickr’s Explore/Picture of the Day

I got my tripod and raced back to the field, where to my relief, most of the balloons were just now being unfurled. Thanks to that one balloon’s early liftoff I knew which direction they would be traveling, so I set my camera up and just waited for the moment when the sky would start to fill with airships. The moment came near the end when many of the balloons had already drifted off into the distance. I framed my shoot and hit the shutter. BAM! I was so happy with the result, and apparently others were as well. Earlier today I noticed my inbox was filling up with new friend requests from Flickr. On closer examination my photo had been selected as the explore/photo of the day honors, wow! The comments left for me were both flattering and humbling and stood as a wonderful cap to an exciting and delightful night.

The celebrations end the next evening when the Hall of Fame hosts a fireworks show on the same field that held the balloons. It’s always a wonderful way to cap off the weekend and it’s something that I’ll always look forward to shooting in the years to come. It’s one of those times where searching for a photo can lead to a new, unique experience that will leave you smiling, and a better photographer. 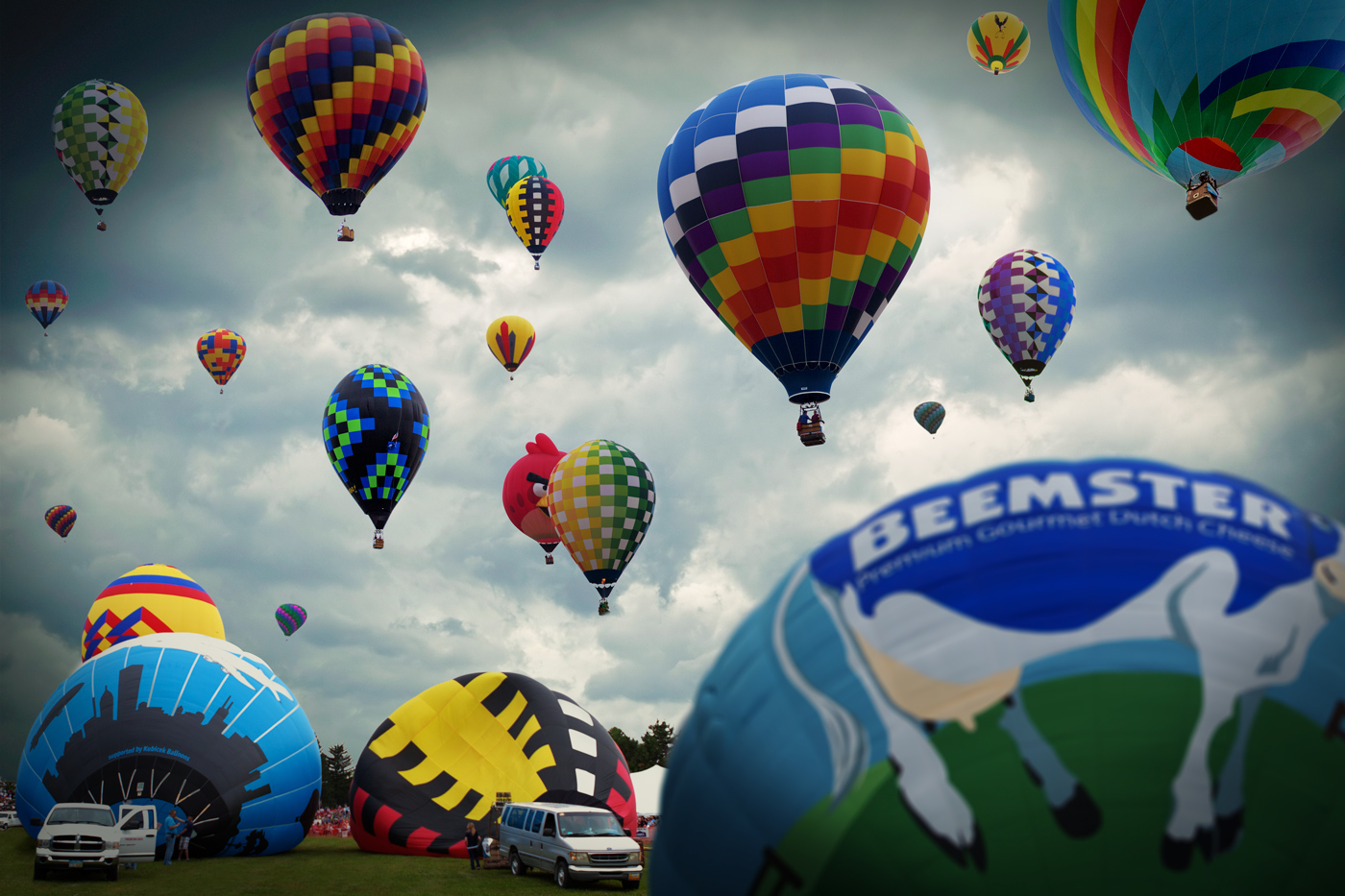 On the field as the balloons take to the sky

Benjamin Lehman is a Commercial Portrait, Wedding and Advertising photographer in the Canton, Northeast Ohio area.