How to Photograph a Live Band in No Light Conditions

Some conditions are better than others when it comes to photography. In mid-day sun, open shade is your friend. In your studio, or a portrait situation, you have all of your lighting gear at your disposal for crafting a gorgeous photo. Night time land scape photography offers you the ability to take long exposure, giving your sensor all the time needed to soak in what available light there is. However, there are times where you’ll be presented with a situation where all of the fail-safes have been removed. Every crutch has been kicked out from under you and you’re left on the floor wondering, “How do I get back up and take an actual photo that’s worth the effort?” 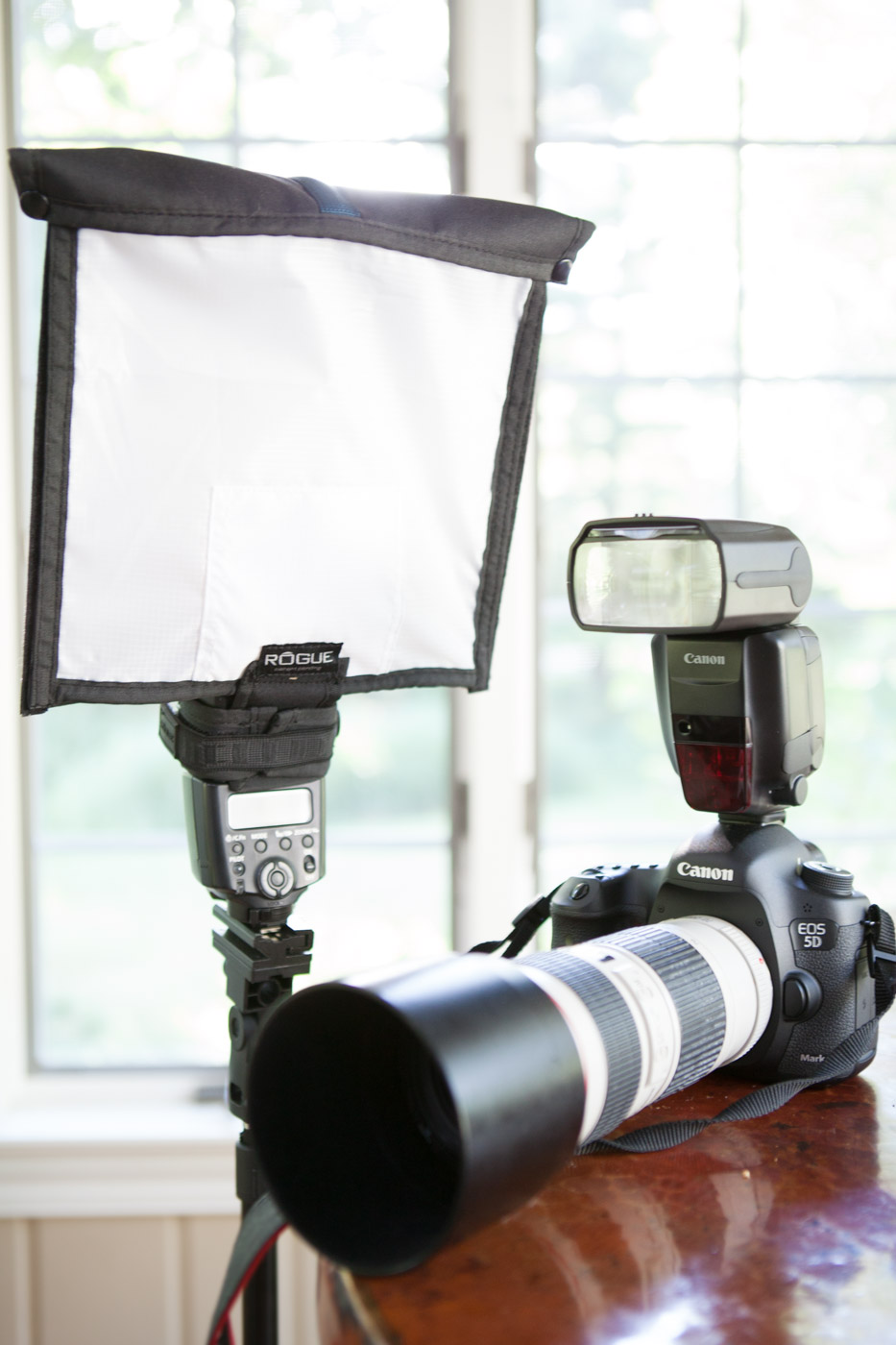 That was my issue yesterday when I was asked to shoot a live band performance for some friends. It’s a venue that I’ve shot at before, and I remembered it really wasn’t a great place for photos. First off, it’s cluttered and the stage is small. There’s no place to swing your lens where you won’t catch some sort of unflattering background element bleeding into your pictures. That told me right away that I would be shooting tight. No fisheye, or 24-70mm here. I would be shooting long all night, 70-200mm and I would be focusing on individual performances to tell the story.

Next, because I knew the light was limited (read: non-existent) I would have to bring some of my own lighting solutions to help me out if I wanted to shoot anything other than frames of pitch black. The venue, while not too small, is usually packed to rafters, or drop ceiling as the case may be, so I also had to pack mobile and take equipment that wouldn’t get in anyone’s way. I choose an on camera speedlite (600ex) and a second flash on a small stand (430exII) with a Rogue Flashbender modifier.

I’d use the on camera flash as a bounce light. I could take just the one speedlite and point it directly at the subjects but we all know what that looks like – mugshots. Add to that the fact that people sweat on stage and they would look like mugshots taken after a high speed chase – not a good choice, so bounce flash it is. I’d use the flash on the stand in many different ways; I’d use it as a fill, a kicker, back light, rim light – pretty much anyway I could to squeeze out a good looking photo.

When I arrived to the venue any small hopes that I had left for the shoot were quickly thrown out of the window. The stage light, which I were told were, “Totally awesome, man.”, were turned in such a way that they only lit the audience. THE AUDIENCE! I don’t know who made that decision but it wasn’t me. There’s was nothing I could do about it either. The lights were so bulky, their foot print so huge, that moving them was completely unrealistic.

So, now I literally have no light pointed at the stage, my speedlites were going to be doing all the work. This also forced me to make an important decision about the artistic direction of the shoot. My first thought was I could slip out the back without anyone noticing me and just go home where I could make up a story about a falcon stealing my gear earlier in the day, but these guys were my friend and they were relying on me to take some photos. Also, the story was pretty lame and I am sure almost no one would believe me. So I soldiered on and came up with a realistic solution. 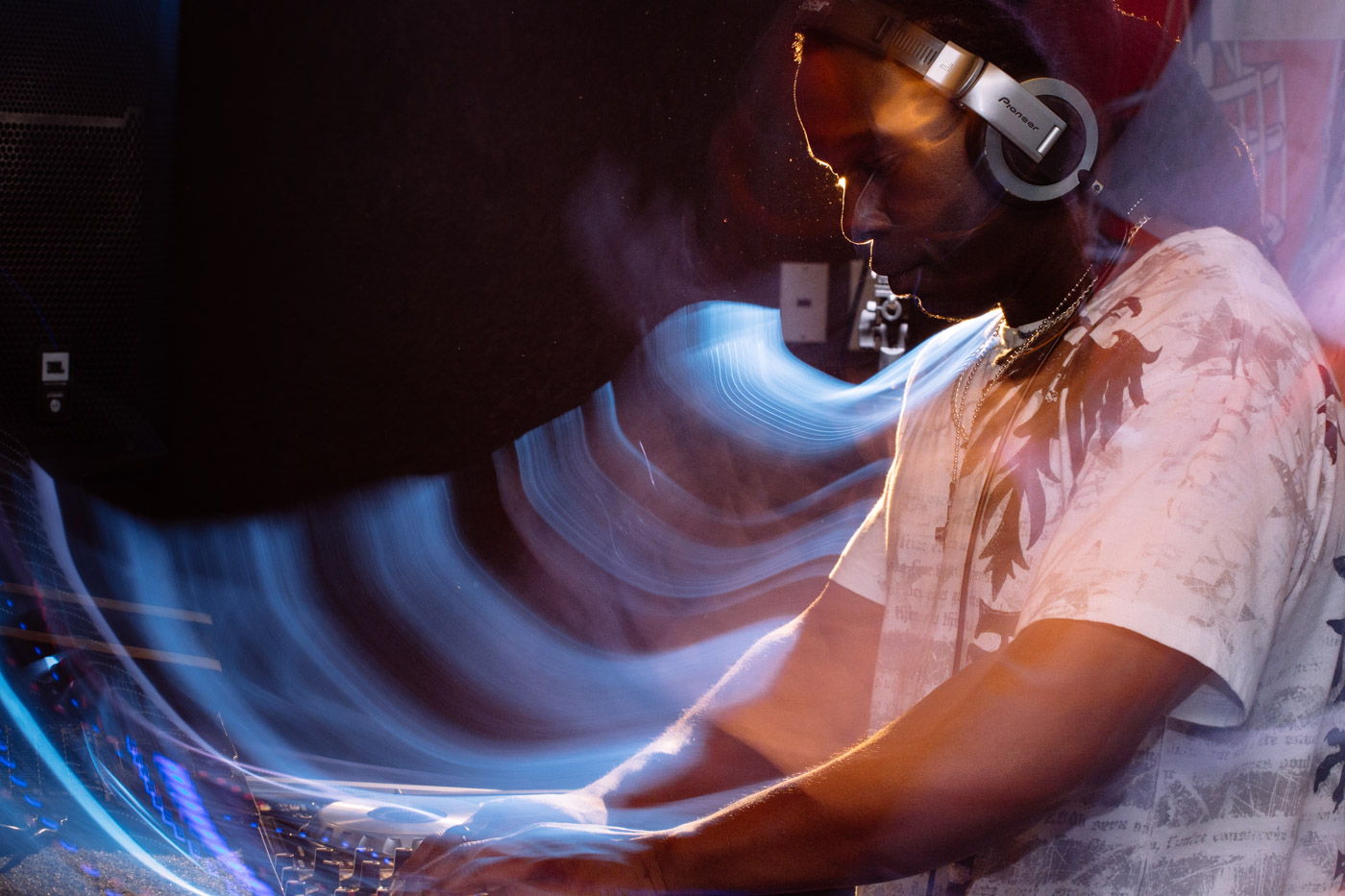 The effects of shutter drag, on the left side of the picture, where the ambient light let’s the motion draw through the photo.

My final plan was to portray motion. I’d use my speedlites to stop the action, but then I would drag the shutter (slang for using a slow shutter speed) to let the action trail through the frame. One great side effect of a packed house means that people would be using cell phones to shoot their own videos. And since it was so dark, all of those cell phones would most likely have their little LED lights blazing, and that’s exactly what happened. Those little LEDs gave me just enough ambient light to let me use the slower shutter speeds and actually capture some movement. You can see in the photo here just how this works. The on-camera flash (zoomed to 200mm and pointed straight up at the ceiling) freezes the action on the right side of the photograph, while the ambient-only lit left side of the photo makes motion trails as the musician plays. The final effect is pretty cool and gives the viewer the sense of what the subject is doing in the frame. Here, with D.J. Kob, we can see that his arms are all over the place during his performance. Note the thin orange outline of light around his face and arms – that’s my other speedlite on a stand with a full cut CTO gel positioned right behind him to help him pop out of an otherwise black background.

The last hurdle was focusing. We’ve all come so reliant on auto-focus that it can really throw you off your game when no-light conditions render it useless. There are some tricks you can use to manually focus. First tip is simple – shoot a lot more frames. Without auto focus your chance of getting a razor sharp picture drops through the floor, so shoot a lot and hope for the best. The next tip is to look for small reflections on your subject that you can manually focus off of. Glints in eyes, sweat on foreheads, jewelry. Anything that catches light is your friend. Just focus on those objects, turn the focus ring until you can see that they are sharp and start shooting. It’s all you can do. If done right, you’ll have a set of compelling, artistic photographs that tell a story and convey motion. 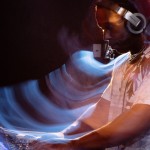 The effects of shutter drag, on the left side of the picture, where the ambient light let’s the motion draw through the photo. 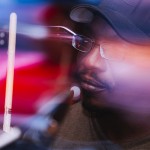 Shutter drag can give you some cool, ghosty artifacts that add a lot of character. 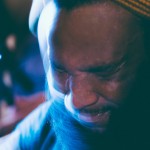 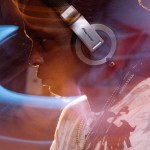 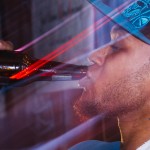 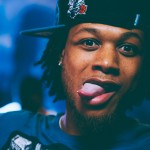 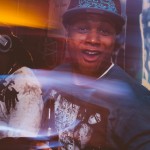 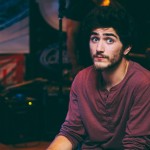 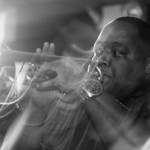 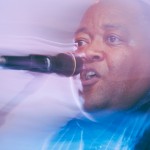 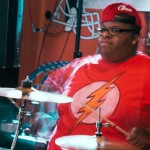 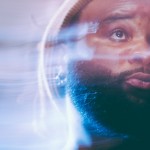 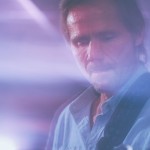 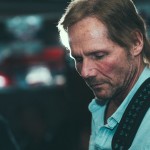 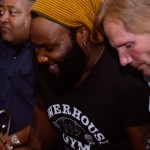 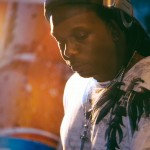 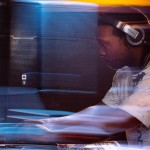 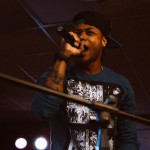 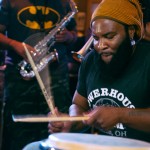 Benjamin Lehman is a Commercial Portrait, Wedding and Advertising Photographer in the Canton, Northeast Ohio area.