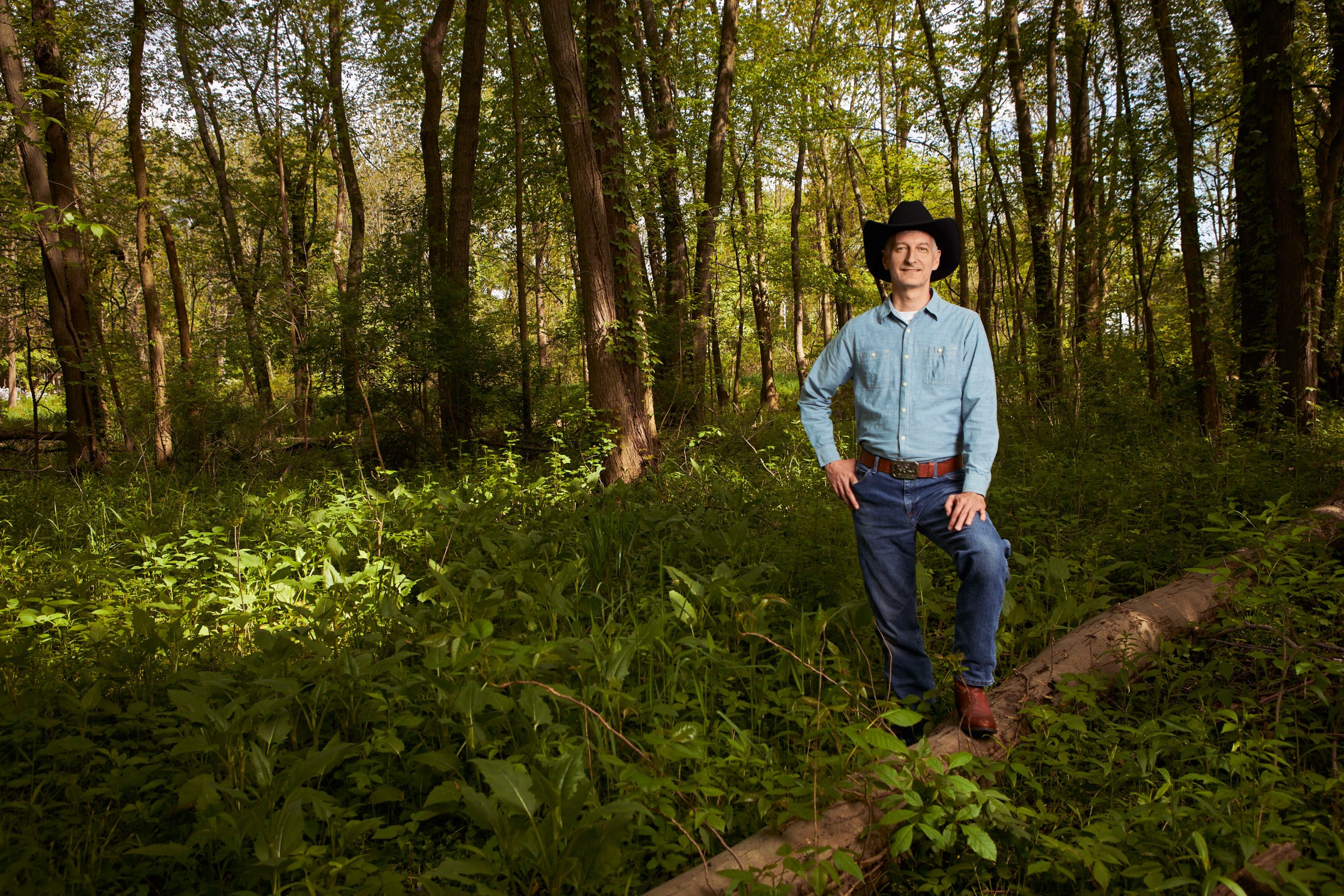 Earnie’s Bicycle Shop in Massillon, Ohio is one of the local Summer hotspots for people who want to ride their bike, or pilot a canoe along the Ohio & Erie Canal. As soon as the weather starts to get warm, the population begins to show up – in droves. In addition to the Tuscarawas River and Erie Canal, the area is also home to some beautiful, dense forest. It was for this latter reason that we were out shooting some commercial photographs for an individual who brokers real-estate deals for large tracks of undeveloped land.

After walking about 600 yards down the path, we found a small secluded track of forest off of a dirt biking path. Luckily for us, the bike traffic was non-existent which meant we could set up our shot without bothering anyone out for a ride.

For this shoot, we went with a single light set up in a massive 51″ umbrella. The huge umbrella gives me a lot of latitude for lighting the subject. We were scheduled to start around 3pm, which in the late Spring, early Summer usually means fairly harsh (aka bad) lighting. However, we knew we would be inside of the shade of the forest, so that removed the direct light from the Sun from the equation – now all we had to do was manage the soft forest ambient light and our single flash.

We used two lenses, my trusted 24-70mm and the equally ubiquitous 70-200mm. The 24-70 is my go to lens for environmental portraits since it can capture a lot of the surroundings in addition to the subject. The 70-200mm is a more standard “portrait” lens as it really puts a majority of the focus on the subject, relegating the surroundings to background duty.

In t he pictures below you can see the final product. All-in-all I think I had the camera dialed into approx -1 exposure compensation to darken the forest a tad and then I was riding the flash on manual at around 1/16 to 1/8 power. Since all flashes have different power-ratings, that equates to a compensation of roughly 0 to -1 stops on the flash unit. Again, I would just dial it up or down depending on the feeling of the individual picture.

The big take away here is: Don’t be afraid to visit a popular location in order to get the photo you’re looking for! With some creative positioning and planning, you can make it look like you’re all alone in a massive forest!

Benjamin Lehman is a commercial photographer in the Canton, Akron, Cleveland and Northeast Ohio area.