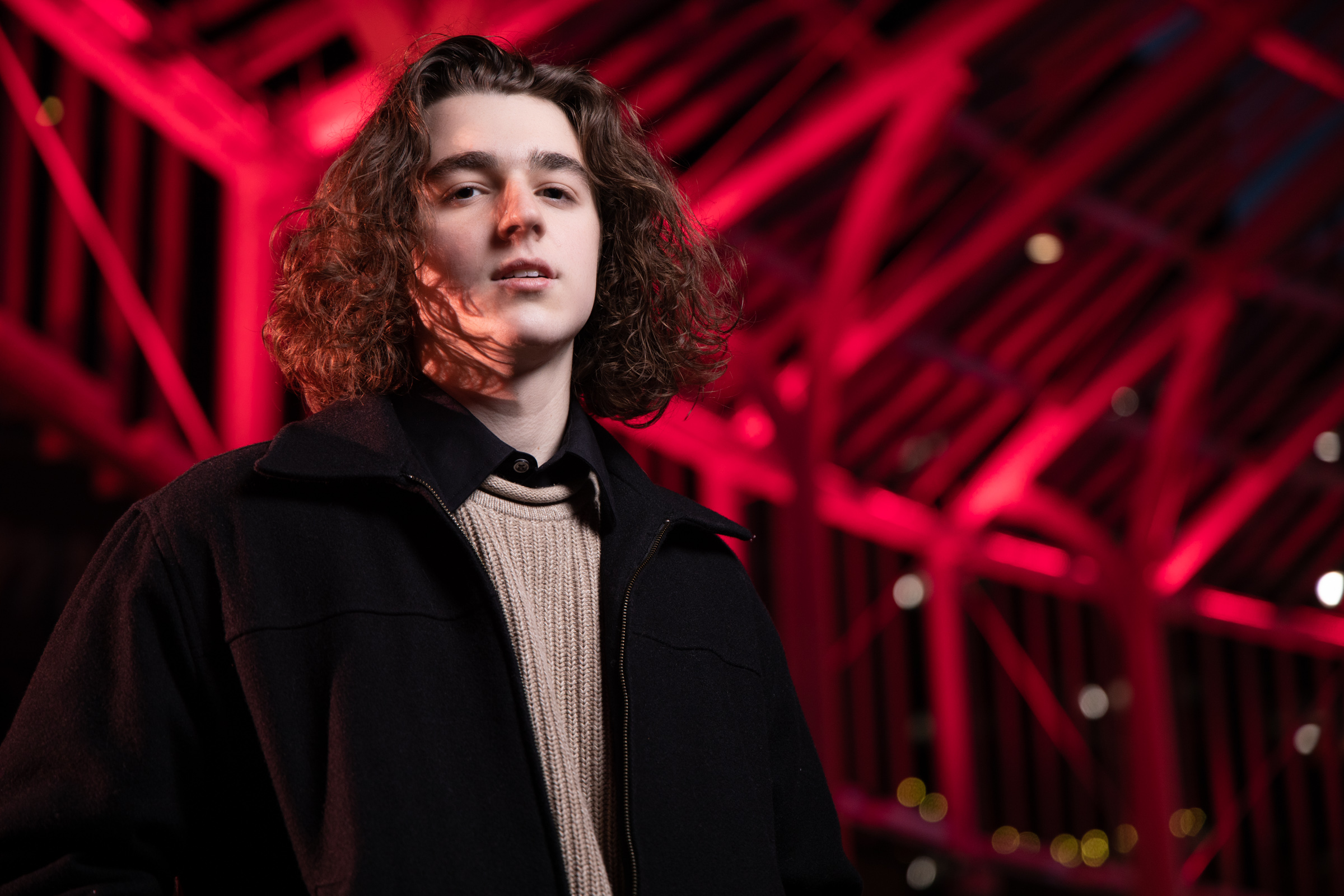 I kind of like to be the first one there at a new spot. I push myself to explore new ideas and locations. In a world where the axiom, “everything’s been done before”, is fairly accurate I try to carve out whatever originality is left for myself and my subjects.

Here in Canton, Ohio, they’ve spent the better part of a year building the Centennial Plaza; a Hall of Fame inspired amphitheater that sits in the middle of downtown Canton. When I drove by and noticed that construction had finished and they had turned the lights on I knew that I wanted to get over there and get some portraits with that location as my backdrop before anyone else. Yeah, I know it’s little of me to want to be first, but it’s better than being second… or third.. or…you get the point.

A day later I was able to coordinate a portrait shoot that was set to happen in roughly the same area, so adding in this new location was a no-brainer. Even better was the fact that this shoot was going to incorporate some really fun, moody, colored light and our new location had some of that built into the structures: win!

What we came up with was some really cool first looks for using Centennial Plaza as a backdrop. The plaza itself has a fairly heavy football theme running throughout its architecture. It is, after all, built here in the heart of Canton, home to the Pro Football Hall of Fame. However, because the subject of my shoot was an artist and not a football player I had to use angles that treated the architecture as a graphical element rather than a literal representation. Below you can see the results of our shoot!