Portrait and Landscape – Photographing a Storm 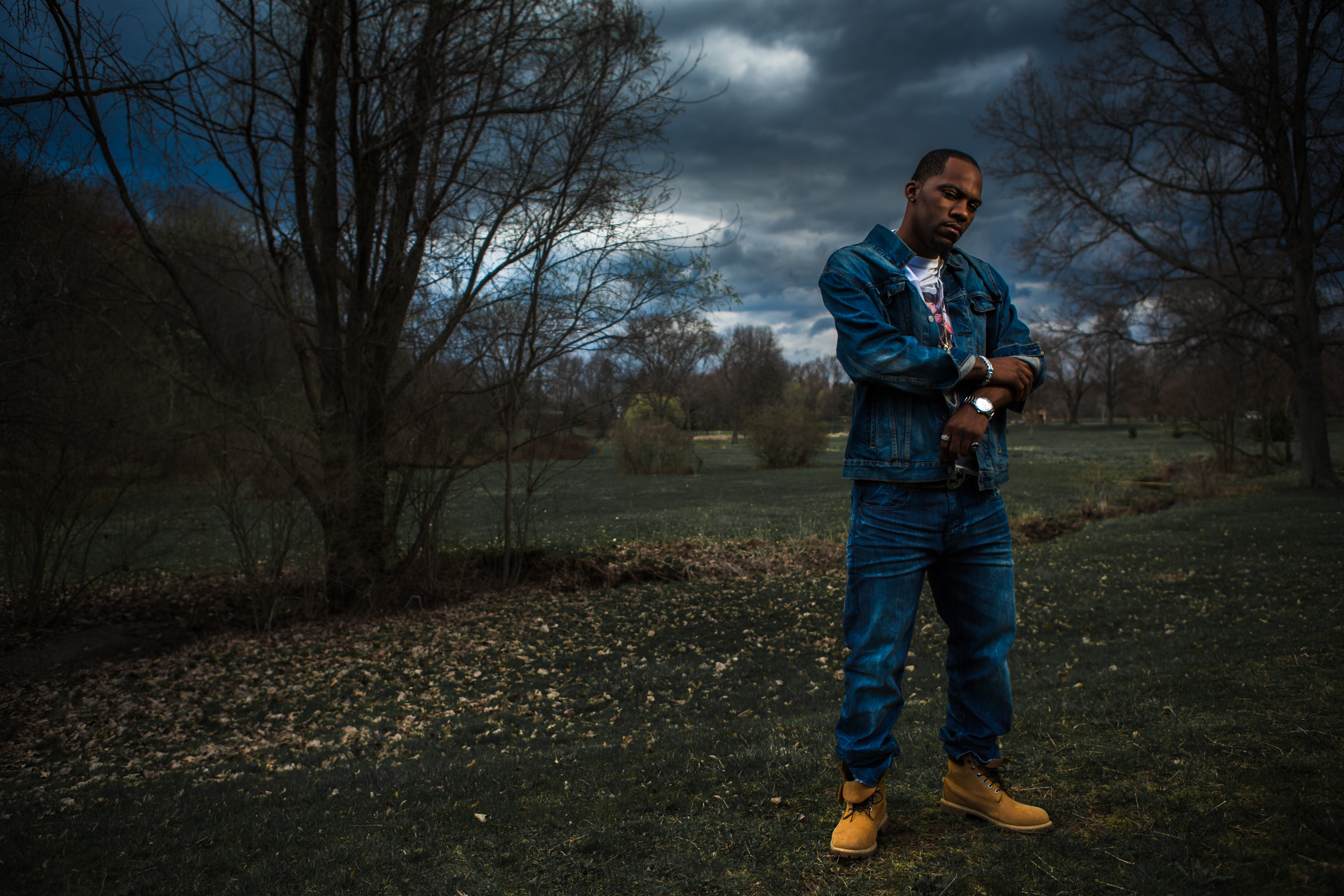 Have you ever been in the studio, photographing your subject, and maybe it’s just a little too… plain? Studios are great and all that, don’t get me wrong, but there are times where your subject deserves a little more than just a plain white background. This happened while I was photographing recording artist, Storm AP. The in-studio shots were usable, but I just felt like there was more that we could achieve. As luck would have it at the time my studio used to be situated between two parks. Even more lucky was the fact that it was in the middle of Spring and some actual weather was rolling it. It was at that moment that I had my “ah-ha!” moment: Let’s photograph Storm against an actual storm!

Storm and his agent were totally game, so we packed up the camera and one light and walked about 100 yards over onto a small hill overlooking the park. Just having Storm stand against the landscape got me excited because I could just tell we were going to get something special out of this. It only two 10 or so photos before we knew we had it. I shared the photos we had taken and they were just blown away.

The magic back at the camera really wasn’t anything too special. I had one light fitted with a 2 ft x 2 ft softbox. I was also using speedlites which afforded me the ability to use highspeed sync. Highspeed sync means that I can use a wide-open aperture with very fast shutter speeds. The big aperture means the background can be shallow while the high shutter speed means I can control the ambient light. Pretty cool, right? These cameras and their lighting systems are just amazing. It’s awesome what you can produce with just a few simple settings and pieces of equipment. More importantly, however, is just look out of your windows every now and then. Even if the time is scheduled for the studio, if the better photo lives outside, go chase it.