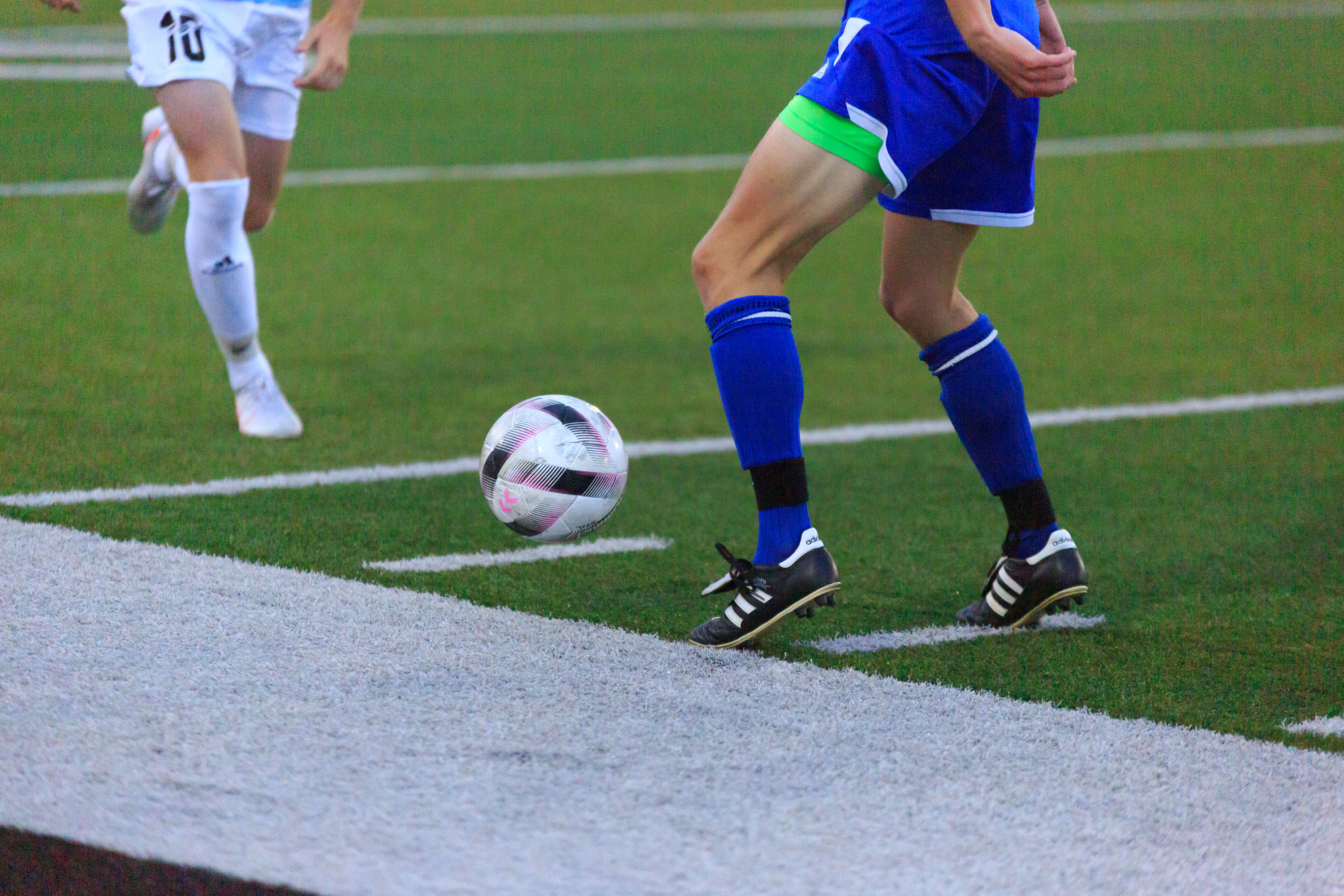 Well that was pretty cool – I was asked to take some photos for the Mansfield Liederkranz soccer team who was being hosted at the Perry High School Stadium against the home team, the Malone University Ambassadors.

I am not a traditional sports photographer. I don’t have a 600mm+ superzoom, or a small sensor/fast burst camera. What I have is gear meant for product and portraiture. If you’re a fellow photographer, you know exactly what I am talking about.

What I do have is a sense of what I am looking for before I even begin to shoot, and while I may not have the fast trigger finger reflexes as the best sports photographer, I do have a sense of timing which means what I lack in reflex, I make up for with intuition and anticipation. Well, at least I hope I do, else I am screwed.

This game was between the home team, the Malone University Ambassadors, and the away team, the Mansfield Liederkranz Private Club. I was asked to specifically take pictures for the Mansfield team, and so I spent most of my time focusing on their players on the field.

I arrived at the Perry High School Stadium early so I could scope out the space and take photos of the warm-up. Because I am a details-based photographer, this is exactly the kind of stuff I like to include. I was outfitted with my 70-200mm lens on my old but trusty 5d Mark III and my favorite lens, the 24-70mm f/2.8, on my EOS R. The reason I went with the 70-200 on my older camera is that it doesn’t rely on an electric viewfinder – whatever the lens sees, I see. More importantly, there’s no lag between shots, something that happens a lot with EVFs, and that means I could follow the action easily between shots. And, just so we can get this out of the way right now, the 5D Mark III, although an old camera by mirrorless standards, performed amazingly – it focused where I wanted it to and handled its modest burst rate fairly well. All in all, it was a good camera to have a long and pulled most of the weight.

Once the starting whistle blew it was standard sports photography mode. I am not going to write a how-to on Sports photography because that is a discussion sphere for those with more expertise than myself, but what I will say is that I find that once you get into the rhythm of the game you can generally follow along and get great shots. Also, the most important rule in sports photography: keep your eye in your eyepiece or else you will something – guaranteed.

Here are a few photos from the game. I hope you enjoy them!

Benjamin Lehman is a Commercial Photographer in the Canton, Cleveland, Akron, and Northeast Area of Ohio.