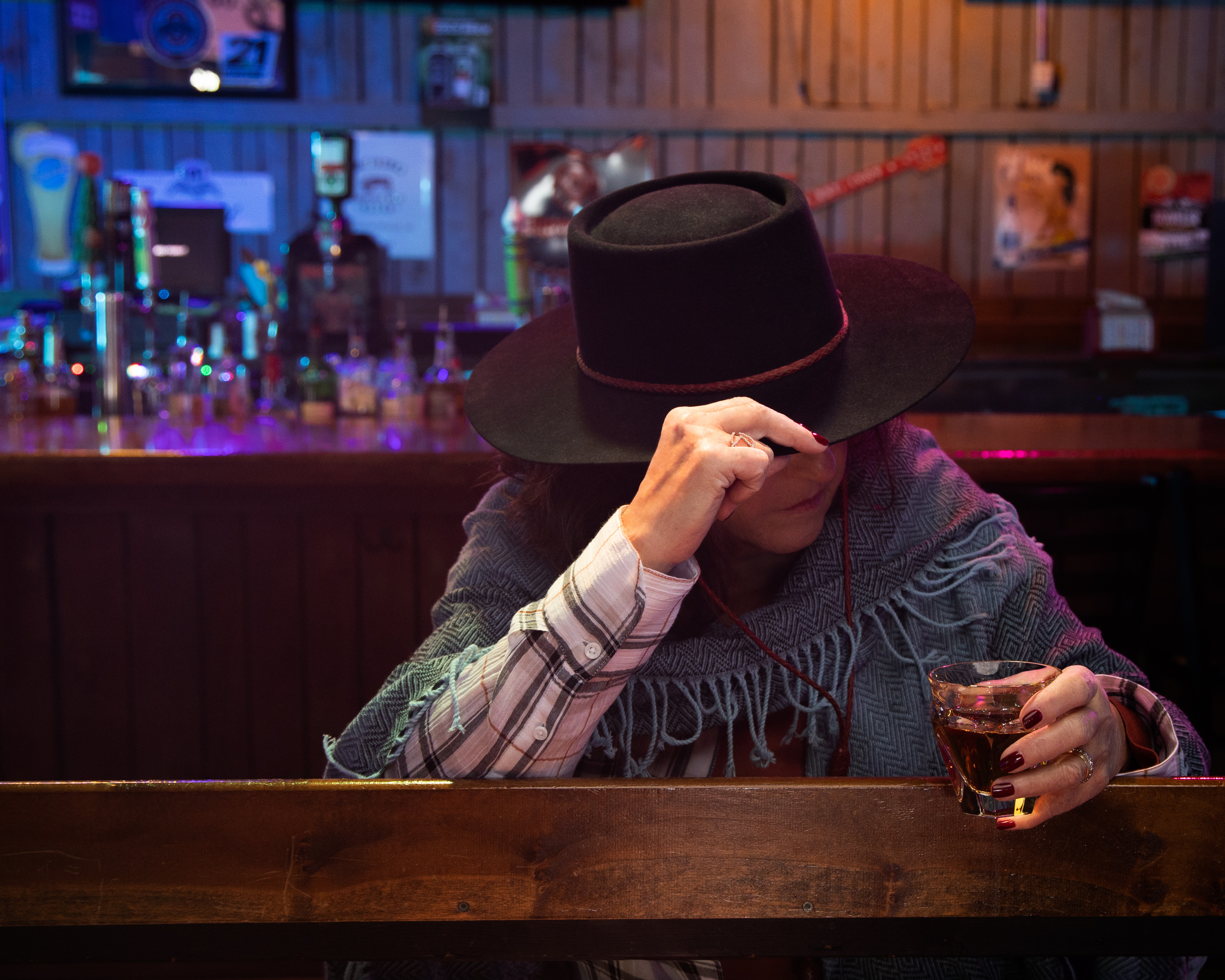 I’ll want to be totally honest about something with you right off the bat: I really don’t like ‘talking shop.’ I know there are a lot of photo-gear-heads out there, but it’s just not my thing. I like to buy things once, use them over and over again without ever having to talk about them to anyone else. Besides, we all know that when someone rolls up and asks you what camera are you using they really just want to tell you how much better their camera gear is. Sigh!

Okay, well now that I’ve gotten that little rant off my chest I want to turn things around and offer a tidbit of hypocrisy as I share with you my experience over the past year with my 24-105 f/4.0 RF lens. I wanted to write this review because I have figured out a couple of interesting facts about this lens that may impact your decision-making if, by chance, you’ve been thinking about purchasing one.

Let’s start with the big question: Why did I decide to buy this lens? Well, if you’ve ever read my blog you know I have an unhealthy love affair with my 24-70 f/2.8 I. To this day it is my favorite lens of all time and I honestly can’t imagine a life without it. The 24-70 f/2.8 was born during the shift of film to digital and, because of that, it has traits of both. When you take a picture with this lens I swear it has that cinematic film lens look while still providing the ease and performance of a digital lens. Put simply, no other lens takes photos as it does and historically that lens went everywhere I went.

That is until that dreaded late Summer’s day when, while working with the talent, the wind kicked up, grabbed one of my umbrella lights, and sent it flying into my tripod which then sent my beloved 24-70 crashing into the asphalt. I won’t lie, I actually cried real tears as I picked up the camera only to find the 24-70 was broken in two – the barrel of the lens separated from the mount. I finished the shoot with my always trusty 50mm and went home defeated and crushed.

I was lucky, however. E-Bay is a magical place and for only $70 I was able to replace and then rebuild my 24-70 with my own hands. The 24-70, reborn anew, lives on to see more adventures – as good as new. But still, that moment gave me much pause and before I found the solution on how to fix the 24-70 I was looking at the cost to replace it outright. What I found was that a new 24-70 was many thousands of dollars, but that the 24-105 was only around one thousand.

Result: The 24-105 offered me a chance to buy a good lens that was a little slower, but much cheaper alternative to my 24-70.

I bought the 24-105 and once I had it my hand, I was immediately impressed. Being made specifically for my EOS R offered some surprising bonuses. Obviously, the lens integrates seamlessly with the EOS R since it was built for that system, but it also just felt good in the hands. It’s plastic, versus the 24-70’s metal, but it’s not obnoxiously light or cheap feeling. It feels just as sturdy as an L glass I’ve ever owned. The focusing ring is smoother than any of my older lenses, the zoom ring is smoother than any of my older lenses. Actually, everything is so smooth that it really shined a light on just how gnarly some of my older lenses were by comparison. It was like driving a car with power steering after having spent a lifetime of driving without that luxury.

Sharp as a Tack

Look, I get that Canon has been in the business for a while and that their lenses keep getting better and better, but the sharpness you can get out of the 24-105 is insane. Again, having an arsenal of lenses that are maybe 5 years old at the youngest made me a little blind to the quality more modern lenses offer. It doesn’t matter what you’re taking pictures of — people, products, places, landscapes — the 24-105 is going to capture every detail in ways that are almost unrealistically sharp. It also does this edge-to-edge. The 24-70, for example, has a ton of image blur near the edges and corners while as the 24-105 has almost none of that – although some does creep in a little at some of the extreme f stop ranged, but still not nearly as bad as my older lenses.

I think IS is a little overated to be honest. Here my reasoning – if you’re taking a photo and the camera or lens (or both!) has IS on then, yes, you may be able to take a steady photo at 5 or 8 stops below what you normally could hand hold. But that does nothing for you if your subject is moving. IS only makes you steady, not the world around you. I still think it’s better to take a tripod and aim for faster shutter speeds when possible than to rely on IS. Having said that, it IS a neat function sometimes, specifically with video if you are are hand holding. For photos though I really haven’t found an example where it made something possible that would have been impossible without it.  Lastly, there’s a little rule of thumb for photography regarding the focal length you are shooting at versus the shutter speed. Put simply, if you want to have a steady shot when hand-holding your camera then you should try to match the focal length to no less than the shutter speed in a 1:1 ratio. So, if you’re shooting at 100mm, then set the shutter speed to at least 1/100. If you’re shooting at 24mm then have your shutter speed no lower than 1/25. With this rule in mind there shouldn’t be many times where you even need image stablization.

Some things, like blurry backgrounds (bokeh), are just sorta average with this lens in a very mechanical, engineering kinda way. You can tell this lens was meant to be a high-end kit lens. That means it doesn’t everything either good or great, but rarely is anything about this lens truly mind-blowing. That doesn’t mean it’s completely devoid of character or charm or quality. Quite the opposite in my opinon. I’ve used this lens on many location and studio shoots and it’s a great tool to have around. If I need something crisp and poppy this lens performs perfectly. It’s good for portraits that need to have a level of refined finish to them, especially when paired with flash lighting.

It’s definitely a commercial/product photography monster. At 105mm it’s pretty damn sharp and impressive for a zoom lens. My 100mm prime does eak out a bit of a victory in this department, but only by the smallest of margins, and to be fair a good prime will beat a great zoom lens at equivelent focal lengths every time.

Light bloom is a word that can interchanged with light flaring. I prefer the term bloom however in times when the light is diffuse rather than the harsh ray-like beams and circles of light you get with more traditional lens flaring. It took me almost 6 months before I started to really notice it. It happened on a shoot where the subject was holding a drum with a fairly light tinted drum head facing the camera. When I took the picture and looked at the back of the LCD I noticed what looked like a haze, or fog, over the center of the photo. We were shooting in a forest, near a river, so I figured it was probably some sort of condensate. When I inspected the lens, however, I could find no signs of fogging on the lens itself. Then I was worried that maybe it was condensating on the sensor – EEK! Well, I forged ahead, finished the shoot and decided to investigate when I got home. After just a few tests I came to realize that the ‘bloom’ was actually caused by the lens itself.

I searched the internet for answers and I couldn’t really find anything diffinitive until I found an article on a major review site that mentioned that it did tend to flare and bloom under certain conditions. My last statement on this issue is the follow: The light bloom doesn’t happen frequently, it took me months to notice, but when it does happen it sort of leaves you scratching your head as to why it decided to show up this time.

Simply put, par-focal means the lens holds its focus as you zoom in or out. The 24-105 f/4.0 is NOT a par-focal lens. You will refocusing as you zoom.

It’s just that simple. Picking up an f/4.0 after spending a previous day with an f/2.8 will feel like you’re definitely missing a few options for your photos.

The 24-105mm RF is more than just a souped up kit lens. Minus a few misteps, it’s a real banger that delivers clarity, color, contrast, and sharpness with every photo when used correctly,

Benjamin Lehman is a Commercial Photographer in the Akron, Cleveland, Canton, and Northeast Ohio area.